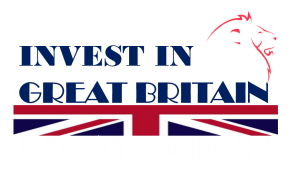 Great Britain is the world’s ninth largest manufacturing nation and has over 90,000 companies operating in the sector. Manufacturing makes up 45% of UK exports, 68% of R&D, 14% of business investment and directly employs 2.7 million people.

The British manufacturing industry is diverse, mature and highly profitable. We are here to help you navigate your entry to invest, import and do business in the industry.

The education industry is worth over $3 trillion globally and Great Britain is at the forefront of it. From Oxford, Cambridge to Kings College London, Great Britain has been a historical bastion of the education industry across the world. The industry generates over £71 billion in revenues, employs around 750,000 people, forms 2.8% of the nation’s GDP and attracts almost half a million international students.

The British education industry is diverse, mature and highly profitable. We are here to help you navigate your entry to invest, import and do business in the industry.

Great Britain is one of the leading producer, supplier and consumer of energy in Europe. The government strategy is focused on collaborating with the private sector to improve energy efficiency, reducing carbon emissions and expanding production of oil, gas and energy from renewable sources such as wind, solar and nuclear.

Energy companies invested £18 billion in the industry in 2015. The sector employs over 637,000 people across the country and contributes around £87 billion to the economy.

The government has energy industry friendly policies geared towards improving the regulatory and financial framework to attractive investors.

The British energy sector is diverse, mature and highly profitable. We are here to help you navigate your entry to invest, import and do business in the industry.

Great Britain’s food and farming sector is one of the most competitive in Europe. It employs over 3.5 million people, generates over £100 billion for the economy and accounts for 7% of the Britain’s overall economy. Great Britain exports around £18 billion of food, feed and drink a year and is one of the top 12 food and drink exporters in the world.

With approximately 70% of its land used for farming, Great Britain has a longstanding history of excellence in farming, agricultural science, research, innovation, products and services.

Great Britain’s commitment to implementing high-welfare, quality-assurance and sustainable production standards, makes it an ideal import market for emerging economies such as China, India, Brazil and others. The industry offers great products for import and outstanding investment opportunities throughout the supply chain from farming, manufacturing and distribution to retail.

The government has brought the food and farming sector together with the scientific community of the country to make Great Britain a global leader in agricultural technology, innovation and sustainability (agri-tech). It has established an Agri-tech Leadership Council, appropriated £70 million for investment in Agri-Tech Catalyst and £90 million for Centres for Agricultural Innovation.

The British food and farming industry is diverse, mature and highly profitable with industry friendly government policies. We are here to help you navigate your entry to invest, import and do business in the industry. 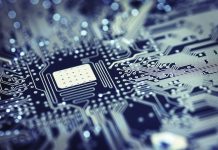 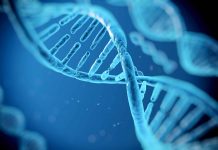 INVEST IN GREAT BRITAIN: THE LAND OF HOPE, GLORY AND GREAT OPPORTUNITIES
Contact us: info@investingreatbritain.com
© 2017 Invest In Great Britain / All rights reserved